In this newsletter, and those to come, I will inform you about interesting developments in the field of videography. I will also share with you some exciting events associated with my videography services. As the end of the year approaches, I would like to take a moment or two from the usual rush of business and thank you for the relationship I have enjoyed this year and extend my best wishes for a happy holiday season and a great year ahead.

According to the Digital Entertainment Group, sales of Blu-ray Discs in the US have grown substantially by 58% in the 3rd quarter of 2011 compared with the same quarter one year ago.

Furthermore, the number of households equipped with Blu-ray players increased by another 52% year-over-year to 33.5 million households. By December 31st, some 1.3 million 60"-plus high-definition televisions are expected to have been sold for all of 2011, up 50% from a year ago, with a substantial number of those sold in the final quarter during this holiday season.

Due to the recent growth in household ownership of high-definition TVs and Blu-ray players, my customers have requested to feature their high-definition recordings on Blu-ray Discs.

To satisfy my customers' requests, I have made substantial investments in professional-grade equipment for DVD and Blu-ray encoding and authoring. Now, I can offer my customers the same DVD and Blu-ray Disc quality provided by the top movie production studios, and yet at affordable prices!

Click here to learn more about the encoding and authoring tools for DVDs and Blu-ray Discs that I use and the difference they make for my customers. 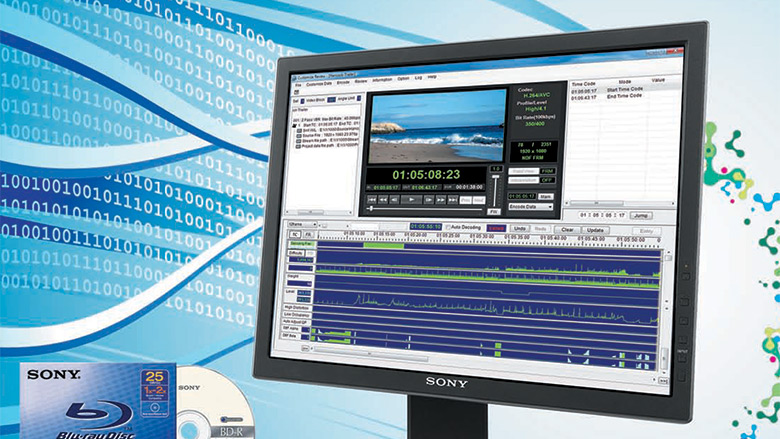 Rave Reviews of My DVD Titles
for the Pianist Jerome Rose

The German magazine Fono Forum selected Jerome Rose's "Live in Concert" series as its Choice of the Month. The series features a total of six DVDs and a new release on Blu-ray. The video production, editing, and DVD authoring was done by I and the sound was recorded by Joe Patrych of Patrych Sound Studios. The reviewer at Fono Forum wrote:

"The simple visual presentation with occasional split screens and cross-fading is entirely focused on interpretation, so that the playing of the pianist is documented directly and without distracting side effects. The series that started off with works by Beethoven, Schumann, Chopin and Liszt is now continued by the pianist with the four last Schubert Sonatas on the same high level and in the same modest, but by no means unappealing, setting. Rose's Interpretations of Schubert are of formidable caliber, both in terms of mental penetration and competent technical handling."

The German magazine Piano News featured a rave review of Jerome Rose's performance of Schubert's Last Four Sonatas. The video production, editing, and DVD authoring was done by I and the sound was recorded by Joe Patrych. Read below what the reviewer wrote about the filming of this concert:

"These qualities of interpretation are by all means visible, because the cameras do not focus only in a stationary way on his fingers, but also observe him with slow zooms and soft angle changes. Sometimes, the direction is further loosened with images split into two or even four screens, making Jerome Rose's fully matured interpretations a visual pleasure as well."